Paws of the Past pics

In my last post about Saturday's gig, I talked more about my tragic inability to function in society than the actual gig. To balance things out a bit, a few details about the day's event:

Here are some photos. Except where noted, these are courtesy of Don Martin. 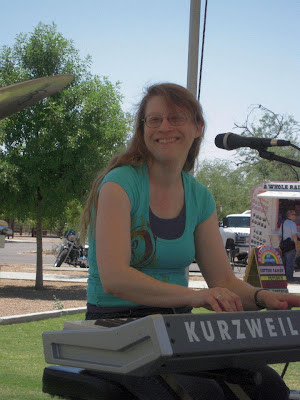 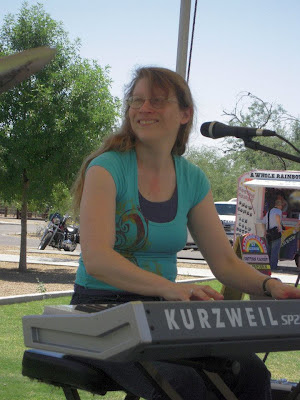 Ron! Are you having as much fun as I am? 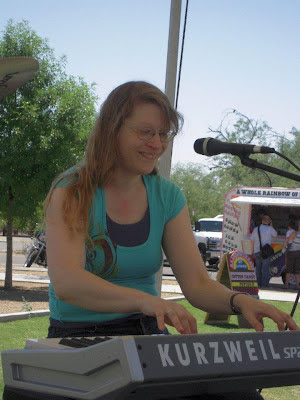 Look at all these keys! When I press them down, they make noises. 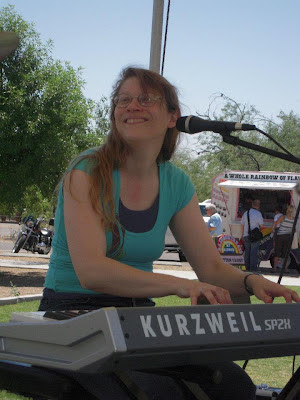 Whee! Hey, Ron, why aren't you in any of these? 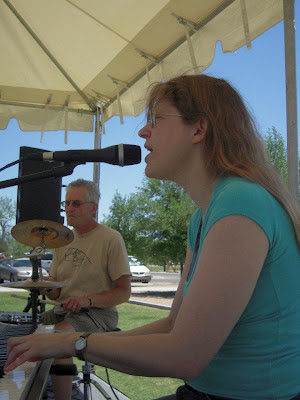 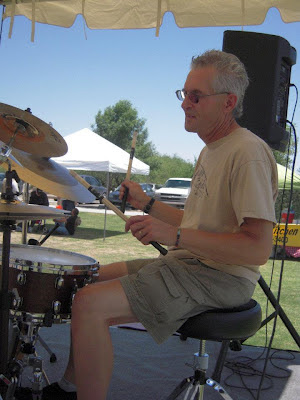 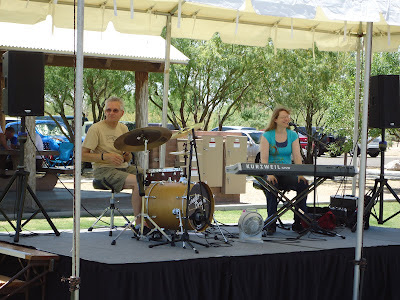 Check out how nice this stage looks. The shade was greatly appreciated. (Photo by Neill Mills.) 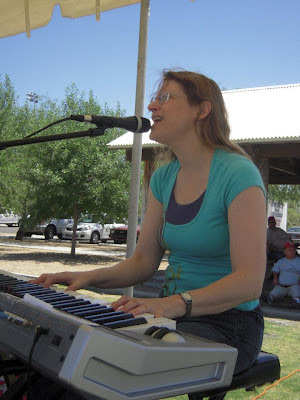 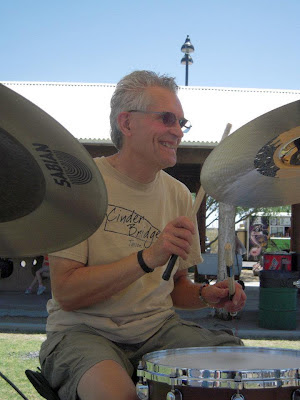 Ron, with his brand spankin' new ride cymbal (left). Cymbal made its debut at this gig. 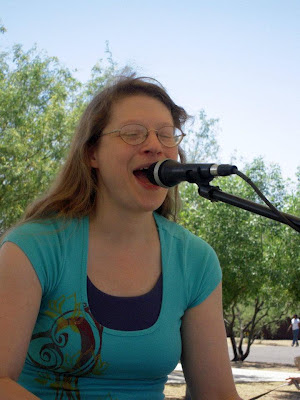 Thanks to everyone who came out. We had a great time.