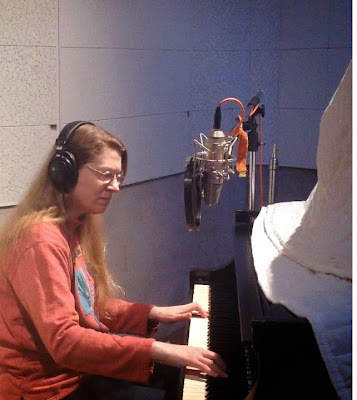 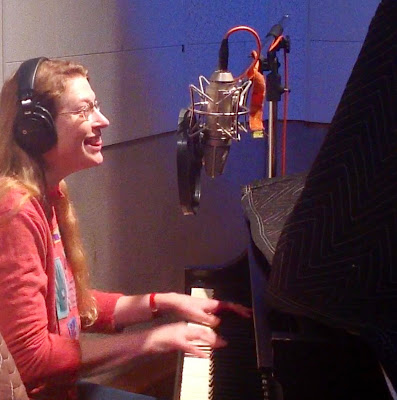 Posted by cinderkeys at 1:04 AM No comments: 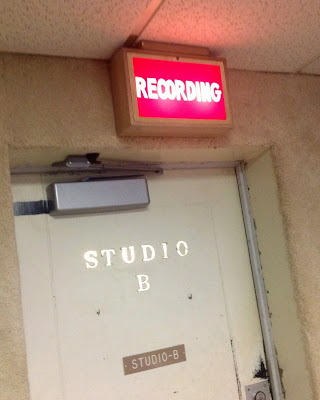 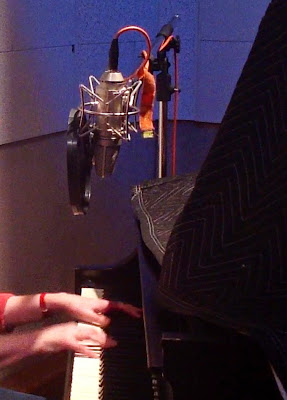 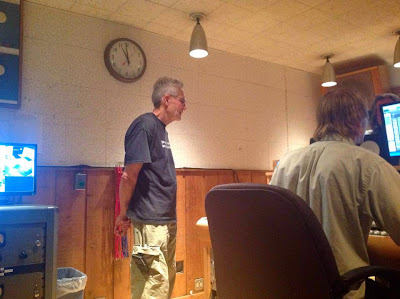 Posted by cinderkeys at 8:00 AM No comments: 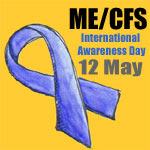 I've mentioned before that under normal circumstances, I have little use for "awareness" campaigns as they pertain to diseases. My being aware of illness X does nothing for people who suffer from it. Not unless I do something helpful with my newly acquired knowledge, like contributing to research for a cure.

So-called invisible illnesses like myalgic encephalomyelitis are the exception. Despite the fact that ME causes chronic, debilitating pain, crushing exhaustion not relieved by rest, and greater susceptibility to fatal cancers and heart failure, just to name a few symptoms, many people don't take it seriously. This may have something to do with the name it's commonly called in the US: "chronic fatigue syndrome."

Not taking this disease seriously can have dire consequences. Just ask Karina Hansen, a young Danish woman who was diagnosed with the disease. On February 12, 2013, Karina was forcibly removed from her home—against her wishes and against the wishes of her mother, who was caring for her—and taken to Hammel Neurocenter for psychiatric treatment.

She is still there.

The people at Hammel Neurocenter ignore the medical diagnosis of ME she received, likely because they don't believe ME is real. They refuse to allow her to even obtain a second opinion.

Injustices like this can only persist in a culture of ignorance. I don't know how to help Karina Hansen and others like her except to keep asking people not to be part of the problem.

Labels: Karina Hansen, ME, ME Awareness Day, ME/CFS
Email ThisBlogThis!Share to TwitterShare to FacebookShare to Pinterest 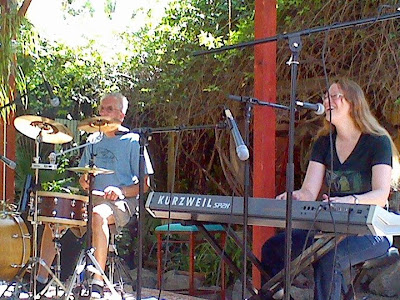 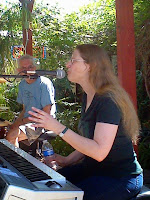 It's true, too. I can't imagine a better homecoming.
Posted by cinderkeys at 11:43 PM 1 comment:

Which way did we go?

Nashville is a good place to lose yourself.

I don't mean metaphorically, like forgetting your troubles amidst the enchanting sights and sounds, or surrendering your ego to experience the oneness of the universe. I mean lost, as in don't know where you are.

Last night, Ron and I got hopelessly mislaid while driving home from Electric Kite Studio, where we had made some scratch tracks. One wrong turn set us way off course. Even though we quickly realized what we'd done, there was no way to right ourselves, no place to exit and get back on the road where we were supposed to be. Unfortunately, it seemed that all the roads were like that. And by "roads," I mean freeways. I've never seen so many freeways crisscrossing each other in my life.

Many stops for directions later, we found our way back to the hotel, having learned an important lesson: Wherever we wanted to be in the future, we needed to give ourselves plenty of time for traveling.

The next day, we were scheduled to record in RCA Studio B, located in downtown Nashville, at 5:30 p.m. The trip was supposed to take maybe 15 minutes. Playing it safe, we left at 4:45.

It could've been worse. We kept calling Ben, the recording engineer, to ask for directions every time we veered off course AGAIN. Everyone at the studio knew we weren't back at the hotel smoking heroin. (Heroin is something you can smoke, right? I don't do drugs.) When we finally got there, nobody seemed mad.

Still, half an hour late. That just kills me.

At least we didn't get lost on the way back.

Kidding. We totally got lost on the way back. So, so lost.

The moral of the story? Use GPS. Except, we tried that. Ron signed up for a 30-day free trial of some GPS app or another, then held the phone close to his face, preparing to give it instructions. In my mind I heard Scotty: "Compuuuuuter?" We hadn't quite reached our glorious Star Trek future, however. The voice recognition software never understood what Ron was trying to say. He gave up after it decided that we wanted to get to Maryland.

Yes, we did try giving it written directions instead. I even managed to type in our correct destination. What I couldn't do was make it comprehend that we wanted it to tell us how to GO THERE.


* * *
My next Nashville entry will be about music, I promise. I probably should've skipped right to the part about music. It's just, when we finally got to our hotel room around 1:30 a.m. or so, and I cracked open my tiny journal, I was so keyed up about our multitudinous attempts to unlose ourselves that I couldn't even try to write about the studio experience until I furiously scribbled our tales of getting lost. You would have had to be there to truly understand how frustrating it was. Maybe you should've been there. You're probably a better navigator than me.
Posted by cinderkeys at 9:59 PM No comments:

Yeah, there's thirteen hundred and fifty-two
Guitar cases in Nashville
And any one that unpacks his guitar could play
Twice as better than I will

Live country music spilled out of the restaurant/bar on our right as Ron and I walked by. It was the kind of thing we would have expected from our Nashville experience, except that we hadn't even left the airport yet. We peered inside to confirm that the music wasn't recorded. Sure enough, there was a man at the back of the establishment singing and playing guitar.

As soon as we got past the restaurant, Ron turned to me. "Did you notice that?"

"The guy singing. He wasn't all that good."

I thought about it. "He wasn't bad. I mean, nothing spectacular, but not awful. He was ... fine."

"Yeah. I just thought he'd be a little bit better."

Of course, neither of us had harbored any expectations of this particular unnamed individual. But I knew what Ron meant. Weren't all the Nashville musicians supposed to be on a higher plane? Sure, anybody could move here and try to launch a music career—nothing stopping you—but with all the talent around, you wouldn't have a chance of getting in front of people unless you were something special. Even if you were just playing in an airport bar.

Later that night, we went to Electric Kite Studio to lay down some just-in-case-we-need-them vocal scratch recordings, and I related the story to Benjamin Stager, our recording engineer for this trip. Ben wasn't surprised. He explained that yeah, there were a lot of great musicians in Nashville, but there were also a lot of people who were willing to pay to play.

Ron nodded knowingly. He liked to tell stories about the LA scene, where musicians had to buy tickets to their own shows, then try as best they could to sell them.

I didn't know that was a thing here too.

The idea of recording in Nashville had seemed somewhat intimidating before. I felt like I wasn't fit to breathe the same air as the Nashville players. Now? I might not be the best of the best, but I'm as good as any Nashville wannabe.

Posted by cinderkeys at 10:46 AM No comments: