"I finished the Breakfast Club theme song," I wrote to my friend Don on Facebook. "No word from Carolyn yet on whether she still needs it."

"Can you send me the lyrics?" said Don.

I did. Ten or fifteen minutes later, he wrote me back.

"Not bad, but it has some problems."

"The main issue is you don't mention the TV show," he said. "You do in one line, but it is very obscure. For on opening song you need to say something about the TV show. I really like the theme of hidden treasures. Connect that to music somehow. Make it more explicit. That will work."

If you've spent too much time watching TV, as I have, you've noticed that theme songs can be placed on a continuum of themeliness. On one end you have the classic kind, written for and about the show. Note the incessant repetition of the name here:


Then you have songs that are more self-contained. Note how the word "Cheers" never appears in "Where Everybody Knows Your Name." The lyrics don't even mention a bar.


And then you have songs that weren't written for the show at all.


All other things equal, I prefer the stand-alones, the songs that are picked up as themes because they capture a show's spirit. But during that conversation with Don, I couldn't explain why.

A few days later I saw this, shared by a friend on Facebook ... 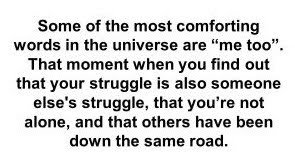 ... and I made the connection. Theme songs featuring a show's title are promotional copy set to music. Theme songs that are at least not ostensibly about a show, but that highlight similar, um ... themes ... are validating. They say "me too."

This is what I was going for when I wrote "Your Backyard." I wanted it to validate everything the Breakfast Club does for the local music scene.

Even better, I wanted it to validate the people who seek out good local music.

Maybe the folks who run the Breakfast Club will like our approach. If so, great! Maybe they won't. That's OK too, because there's one more big advantage to writing a stand-alone theme song ...

Even if nobody else ever uses "Your Backyard," we can still play it at our own gigs!
Posted by cinderkeys at 11:58 PM

You know what's funny? I like this better than most of your other songs. This is the sort of song I mean when I describe the songs I'd like to hear from you. Then again, I grew up listening to 60s and 70s pop music, so take it with a small Siberian salt mine. :)